I plan to dm

(players, who played 3+ of the previous Age of Worms adventures, regardless which character they gonna play this time, have preferential seating)

no worms this time … but lots of giants

… should I have 6+ players, would be really nice, if I could have the big table in the back
this time thanks

potential players (who have characters, who have enjoyed 3+

Welcome to the Mror Holds 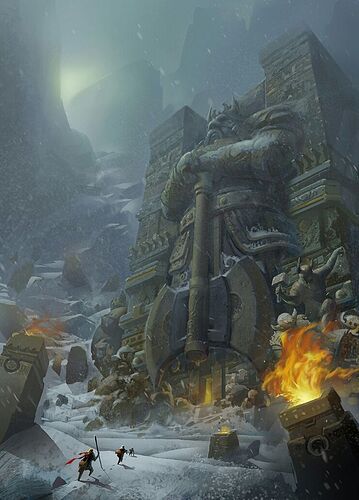 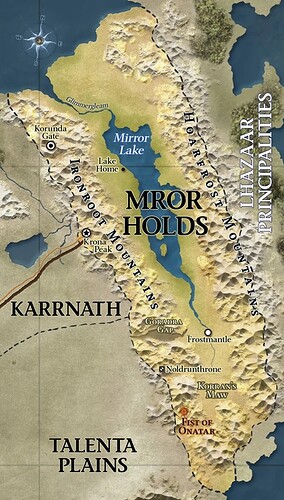 A halfling against giants? Will there be a David vs Goliath moment?

Lalia will be there to destroy the phylactery

I would love to join the Age of Worms game if possible, otherwise I am here to play T2 or T3.

You can use your character’s precious Downtime Days to gain one, or more of the following Homebrew Story Awards

that would help you in this adventure.

Noooo! Why does my divination magic fail me!!

You uncovered some of the secrets of the magic of the ancient Giants.

Prerequesite: Being proficient in Arcana and/or Religion
Effect: Legends say that in ancient times the Giants held unimaginable magic power. Power that could shape reality itself. You will learn how they did that, and won’t roll relevant checks with Disadvantage … should something like that come up …
Cost: 10 Downtime Days (only 5 if your character can speak Giant)

You uncovered some of the secrets of the shared history of the ancient Dragons & Giants.

Prerequesite: Being proficient in History and/or Nature
Effect: You learn about the connection between the ancient dragons and the ancient Giants. This would grant you Advantage on all social rolls interacting with Giants.
Cost: 10 Downtime Days (only 5 if your character can speak Draconic and/or Giant)

You managed to get your hands on an invisibility potion.

Effect: You gain one potion of invisibility. When you drink it, you become invisible for 1 hour. Anything you wear or carry is invisible with you. The effect ends early if you attack or cast a spell.
Note: Keep in mind that this counts as a consumeable item (max. 10 of those for T3).
Note: This award can be taken several times granting you one extra potion each.
Cost: 10 Downtime Days and 5000gp.

All according to plan.

Effect: You gain (1) “Heist Point”. You can spend 1 at any time during this adventure to narrate how this (unfortunate) event just has helped you, because it is part of your grander scheme.
Note: This award can be taken several times granting you +1 more “Heist Point” each.
Cost: 10 Downtime Days

You backpack is full of stuff that could help you.

Effect: You gain (5) “Prep Points”. You can spend 1 at any time during this adventure to get 1 item from the Adventuring Gear list (see Players Handbook p150). After the adventure items produced this way will be gone.
Note: This award can be taken several times granting you +5 more “Prep Points” each.
Cost: 1000gp and 5 Downtime Days

Hey! I will come with a T1 character. Hoping to continue the Spelljamming shenanigans at @healywp’s table if he is DM’ing.

I can run - depending on demand - either

After chatting with @Kofoed-Ottesen and @healywp last week after the game, I would love to join the spelljammer shenanigans as well

Would love to join a T1 table again.

A dracolich phylactory? What an intriguing opportunity to study defensive infrastructure

Blast will be there to take lots of notes… for purely academic reasons naturally.

I will be there to join AoW again

D’Cannith to Blast: “Well I already died in the pursuit of this thing, I can’t back down now can I?”
D’Cannith will come to potentially lay down his life once again.

Will be there for the Giant Heist.

Will be there with a T1/T2/T3 Character.

No worries, Cleric has your back

Since we have demand, I will be along to run Spelljammer Academy Part II

I’d like to join T1 or T2, possibly Lost Minds if @Rayce_Kaiser will run it!

Speak of the Kaiser and he appears!

Yes, I will be running the first session of Lost Minds of Phandelver, prefer Low T2, but as any who play at my tables know, I’ll work with what I have xD

A BIG DISCLAIMER! There is a non-zero possibility of your character dying without your knowledge! (Yes, you will NOT be aware that your character died until the end of the session or potentially later) If this is something you are not comfortable with, please let me know so I dont let it happen to your character.

ANOTHER BIG DISCLAIMER! Lost Minds has big potential of getting dark, I will generally avoid active torture (physical, emotional or mental) but due to the nature of the setting, results of such actions will be around the players. Some NPCs will very likely exhibit depression, suicidal thoughts, self harm, suicide and bouts of geniune insanity. There will be body horror, but I will try to make it… tasteful? Not overbearing? Yeah. It’s called Lost Minds of Phandelver and there are Mind Flayers and their ilk. Forwarned is forarmed.