The V.A.L.U.E. of Stopping Global Worming 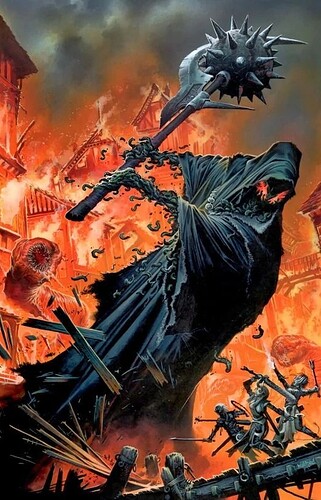 I plan to dm

(players, who played 3+ of the previous Age of Worms adventures, regardless which character they gonna play this time, have preferential seating)

there will be lots worms, that can burrow into your characters and devour them from the inside

very long epilog - also for those who died in the campaign

Prerequesite: Being a School of Transmutation Wizard as well as being on friendly terms with Mordain the Fleshweaver
Effect: You can use the mass polymorph and polymorph spells (incl. via your Shapechanger feature) to turn a creature into an aberration (and not only a beast). All other limits still apply.
Cost: 10 Downtime Days and 6000gp

I think there can’t be enough Iptars in this world!

Prerequesite: Being able to cast clone spell as well as being on friendly terms with Mordain the Fleshweaver
Effect: Mordain grows you a clone (as the spell) ready for the finale.
Cost: 6000gp … although since the nature of Mordain it is not entirely certain “how” you would come back

It’s Still a Dragon to Me

Done it once - can do it again!

You finish Eligos’ research to use magic disease protection against Kyuss worms.

Prerequesite: Paladin class, Purity of Body feature, or being able to cast lesser restoration.
Effect: You can use any spell or magical effect that ends or protects you from disease to fight Kyuss worms and Kyuss worm infestation.
Note: Otherwise only a remove curse spell would help (aside from dealing acid, fire or radiant damage).
Cost: 10 Downtime Days

You asked Tirra, the spiky aberrant dragonmarked elf from House Tarkanan, out for a date. Would be great if you somehow managed to do that before the world will be devoured by worms.

Prerequesite: being Hewguard (by @PatrickD)
Cost: This would take 5 Downtime Days plus either 50gp for a cosy café date, or 2000gp to invite her to a lavish House Ghallanda restaurant.

As far as possible, you restore the Silver Flame temple ruins to its former glory and also relight the sacred silver flame, that once burned on its altar.

Prerequesite: Having the Acolyte (Silver Flame) background
Effect: Relighting this fire will give your group access to a very strong "one time" buff (better used in a T4 adventure). Using this benefit is an action. Note that this can be used only once!
Question is: Do you want a light of hope, a pyre of purification, or a flame of self-sacrifice?

After studying Kyuss’ Apostolic Scrolls, you craft a legendary magic cloak for yourself.

Prerequesite: Being a Tier 4 character.
Effect: You create an exalted verminshroud . Only you can attune to the cloak.
Cost: 10 Downtime Days and 6666gp.

We Need Bombs! All The Bombs!

Prerequesite: Being friends with the airship pirates.
Effect: You shop every acid vial you can find and arm the Viking airship with bombs.
Cost: 15000gp … other characters may contribute gp 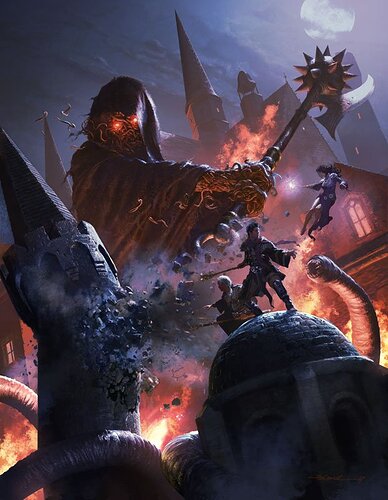 What you know about Kyuss-Valaara-Katashka so far …

Kyuss the Worm that Walks

every debuff-option listed below works only once

The Stars Are Not Right Yet

During the final fight one of those characters can use an action to scream “Tenser! Now!”, for him to unleash powerful magic to change the nightsky. This would give every playercharacter in your group the benefit of a short rest.

Will be there. Preferably @Unsniped s table

Its time to end the worms - Hewguard who certainly spend a lot of gold to buy the bombs for the pirates … what a pity that don’t give him time for the Pre-Apocalyptic Date … so we have to postpone it after the apocalypse - no worries I will kill this worms.

I will join this Friday and bring T1/2/3 characters

I will be there! Either to DM a T2 adventure called “pretty rad”

or to play at whatever lovely table that will have me

I would like to join Lost Minds preferably, T1/Lvl4

Is that so? … TIME TO FIND OUT WHAT HAPPENED TO THE GNOMES!

Nothic to see here, mimic along, the minds are perfectly safe >.>

Blast will be there to fight to fight for his lovely lady and the future of Eberron! May the prophecies be fulfilled (and may he look absolutely dashing in his new Shroud).

Would like to join a T1 or T2 game

I will be there for the…

Hogar (LVL20) will go into this epic battle. He is ready to give it his all, if necessary even his life. Thunder and Lightning are most excited for the prospect of glorious battle.

I can DM a T2 adventure.