Eberron is a fantasy setting mostly inspired by Pulp Magazines.

Pulp was a style of writing that emerged onto the scene in the 1920s, featuring a variety of stories. They were essentially regular periodicals printed on paper obtained from cheap wood pulp (hence “pulp”) featuring original text stories, in contrast to the slick magazines printed on higher-grade paper (often called “glossies” or “slicks”).

Back in the day, pulp content ranged from Indiana Jones, to the dinosaur filled hollow earth of Pellucidar, from the Cosmic Horror Stories of H. P. Lovecraft to the noir pieces of Raymond Chandler and from the over-the-top action of Doc Savage to the Heroic Fantasy of Conan the Barbarian and even the Raygun Gothic of Hugo Gernsback’s Amazing Stories. 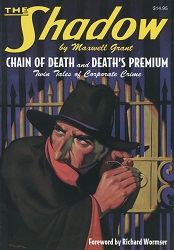 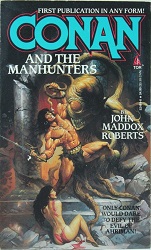 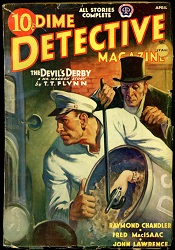 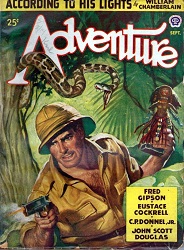 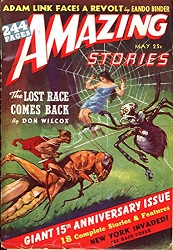 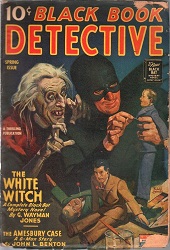 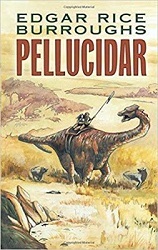 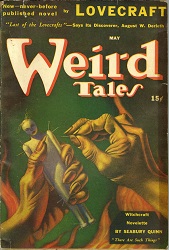 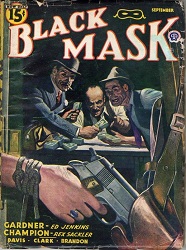 I’ll join too as a player. Will bring a new level 1 character

Hi, I’d also like to join again with a T1 character.

I just walk in here and we have THREE dms dang. Well I guess I am playing at any table that would have me but specifically together with @Tiero would be a pleasure for me

I got sick so I sadly won’t be able to make it today. Have fun

I won’t dm more than 5 people at my table (6 at the big one; otherwise fine with a smaller one)
… so I would entertain players at a first-toldme-first-serve basis (either via chat/person or here)
see below:

we will prolly have 3 tables (all T1) with 5 players each
(if I get the big table, I could take on a 6th player aka Tiero)

I see there’s three players from last time interested in continuing the Phandelver campaign. Is there a fourth still? I’d love to continue on this adventure. I just think it would be good to know before 19:00 o’clock.

Today I learned - was utterly unaware of what the genre actually encompassed. Do not know much about any of those books. However, thx for all the great pics! They sparked my imagination immensely - we might be fighting worms you say, creatures best fought with oversized bladed weapons you say… flowing robes, nay clothing in general being a hinderance for such endeavours you say… intriguing… very intriguing…

There are enough, so LGoP will happen xD

On my way. Will be there at half past 7 at the latest. Sorry for the delay.

thanks for playing, surviving and dying in …

the item you found, and everyone can pick up was

These crystal lenses fit over the eyes. While wearing them, you can see much better than normal out to a range of 1 foot. You have advantage on Intelligence (Investigation) checks that rely on sight while searching an area or studying an object within that range.

@BufoBufo
also got a "Homebrew Story Award Item"
that currently works as follows:

This amulet is fashioned from a single shard of resilient extraplanar material radiating power of Syrania the Azure Sky. While you are wearing it, you gain the following benefits:

also your group found a strange metallic piece in the grave of the final room. Detect magic only revealed that It radiates a strong aura of Law.

Rewards for the session: Mundane Weapons, Armor up to 100GP individually and GP for a total combination of 160GP per Character.

A Magic Item has been found! Staff of Defense DMs: The Item is rare,I heard something about only Uncommon being allowed at T1?

DMs: The Item is rare,I heard something about only Uncommon being allowed at T1?

to quote from the new VALUE Rules

it’s written in the DM-ING section in Drop Max. One Item Per Game

I stand corrected and am blind