I am planning on being there.

I guess I can DM something, but I don’t have anything in particular in mind.
I am currently reading through the rulebook for a super-hero game, Wild Talent, but I am not sure that I would be ready to run it just yet.

And, if there are still people that want to try or continue D&D 5th, that’s an option toi…

Is next week the week when Chylli is going to run Shadowrun?

Yes, I believe she said so yesterday. I for one definitely hope for Shadowrun, but would play anything in the absence of that.

Also, -H- was saying something about his police procedural potentially continuing…

and… what Las Vegas game? Don’t think I heard you talk about that before.

A game set in LV of the after war.
With poker hands in lieu of dice rolls.

will be there playing Chilly’s shadowrun^^

probably will send you the character Monday Night

This week will finally be Shadowrun!

Characters will be provided, unless you want to bring one.
If so send it in advance so i can prepare for your type of powergaming

I think this time it will be “The old hospital” for any further information see the according thread.

As mentioned in the SR thread I’d be in on “The old hospital” as well.

[quote]This week will finally be Shadowrun!

Characters will be provided, unless you want to bring one[/quote]
Nice!

I’d love a character that is not too compliacted, rules-wise. No idea which archetypes would qualify for that under the new edition though… I also like being an orc, or a troll perhaps, those are fun. Most important however: please, just don’t make me be an elf! Hate those the most

Also, -H- was saying something about his police procedural potentially continuing…

Yes, but that’ll be next week. This week, I’ll be playing Shadowrun. Any chance you can reskin my character as an elf, Chylli?

Incidentally, if anybody wants to get in on the cop game, there’s still room for both recurring characters and special guest stars.

Going to be fun playing Shadowrun again after all these years!

And then there will be cake…

As for the Elf: I’ll check on what priority the race is. What was your preferred char again?

I’d like to be in Shadowrun, if there is still room for two (I am bringing a friend)

Do we have another game for people that can’t make it to the Shadowrun table?

As far as I count there will only be

-H-, Auburney, DarthDarthBinks and Simon… which would make four for the Shadowrun…

As mentioned on the 1st page and the SR thread I’d be in on it as well.

Ok, you din’t mention you’ll be there so i thought you’d be in the second group. but as things seem to be now it will be

-H-, DarthBinks, Thoptes and maybe one optional (The old Hospital)

Auburney, Simon and otipnals for the second time (The hunting party; maybe in two weeks from this one…)

Have I gotten everything right this time?

heh, there seems to be a real run for the seats on these!

I’d play in “old hospital” this week as well, if there’s a free seat! In fact, I’d happily play in both of the sessions

But if there’s so much interest that it’s better if everyone only plays in one of them, I can also wait for the next session of course (if I have to

Ok, it looks like I may have to DM something for this week then.
I will try to brush up on the Free RPG say Shadowrun thingy and make it another themed week…

[quote=“Darthbinks”]will be there playing Chylli’s shadowrun^^
probably will send you the character Monday Night[/quote]
@Chylli: I already sent you his stats & background story as a pm 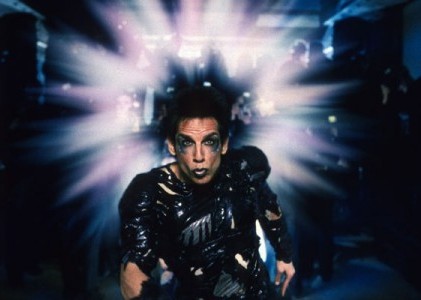 In fact, I’d happily play in both of the sessions