As a pet project, I worked a little of my graphic design mojo to create action cards for my 4th level monk, that I will be playing in july in my brother’s Forgotten Realms campaign https://www.facebook.com/groups/DnD5th/permalink/820124921498350/?comment_id=820129451497897&notif_t=group_comment&notif_id=1497991165750491. I would like to ask you guys, what you think of cards as RPG playing aids in general? Helpful overview of character features, or waste of table space?

I know a couple of members here are not on Facebook though. Any chance you could upload the pics somewhere else?

Sure thing. Here we go: https://drive.google.com/drive/folders/0B_3knYy66SofWk80R1hlSlFhQnM?usp=sharing

I personally wouldn’t use them as a player probably, since I know most of the stuff by heart, but as a DM I would definitely use them for games with beginners or people unfamiliar with the rules. It’s just such a nice way to show “what CAN I do?”. And you can give players more “tools” piece by piece when bringing them closer to the game.

As those before me said, the potential for beginners is huge.

I as an GM would love Cards for concentration or conditions that should stay hidden like a cursed Item or somesuch.

Also they look GORGEOUS.
Any way to get a pdf of those from you?

Aye, I did a concentration card as well, to dump your spell effect on to. Just doing a little re-design of the whole card-system (including more functional symbols). I plan to contact WotC about it. The whole project is a little too big for myself, so maybe the big guys from Hasbro need somebody like me to create a proper D&D card-deck for them. What do you think? 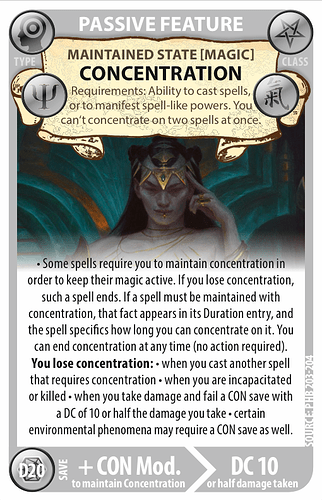 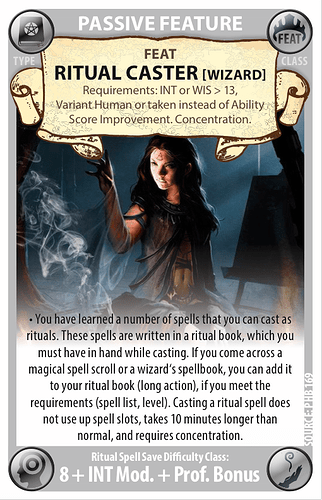 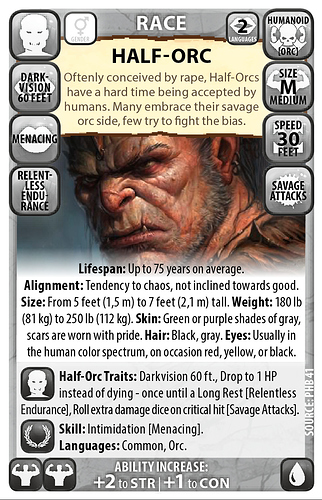 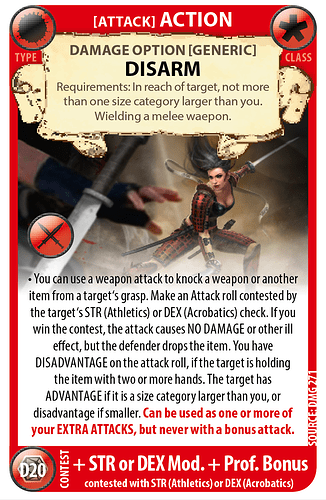 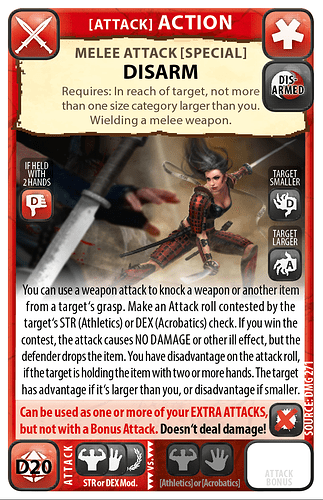 Honestly, I don’t think you can play Star Wars Saga without them. The initial problem is that classes with fun powers are fun to play, and especially attractive to beginners. Whether it’s spells or uncanny dodge, you need to know exactly how it works. When I play a mage, I already keep a sheet of paper with all of the spells and all needed details – how is that different from cards? Anything that keeps the game moving and flowing easily is good, (vs. stopping while someone looks up a paragraph on page 211 that says you can’t use the power quite that way, which devolves into a rules argument). Cards might not ENTIRELY prevent that, but they would help. So… Power & Spell cards? I’m for 'em!

Especially when they are that pretty. Mine had no pictures, just names, stats, effects, and the relevant rules from the relevant handbook. Those are TFG, Pjotr.

Everything about this Project screams potential.

There are Spellbook Cards for 5e from galeforce9 (for a fortune some might say) but condition and rule Cards would honestly help me SO MUCH MORE.

I am all about this Project and wish you the best of Luck.

Thanks for the hint. I checked out the Galeforce9 cards and think, they are a little bland, with too much text on it for short reference IMO. I think a color code - if it’s a bonus action, a reaction or an action spell - helps to speed up decisions in the game quite a bit. As a graphic designer I am quite fond of symbol codes too. But the next hurdle I have to take, is to get a proper e-mail address of a guy from WotC, who is taking this project seriously. I will keep you posted. Way to go …

best of luck with your effort, those sample cards are stunningly beautiful

Your best bet would probably be to twitter at one of the big dudes.

That’s what I thought. Although the limited number of words in a tweet is a little limiting. Guess I have to brew up a quite condensed message.

That’s what I thought. Although the limited number of words in a tweet is a little limiting. Guess I have to brew up a quite condensed message.

Just make it a picture then: https://twithelper.com/long-text-to-image-converter

Thanks for the pro-advice. Although I somehow made it a picture already - with a small compilation of the overhauled card-designs. 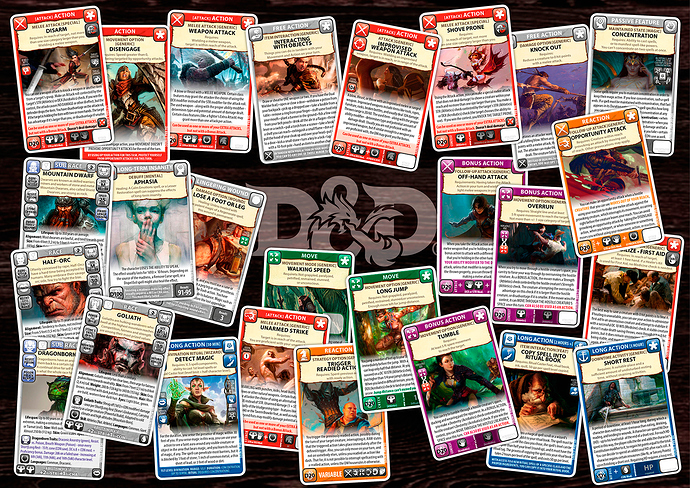 I meant your [longer than 140 characters] message.

I know. Just tweeted to the 4 suggested WotC guys, plus Matt Mercer himself. Now let’s wait, if somebody thinks the card project is worth talking about. 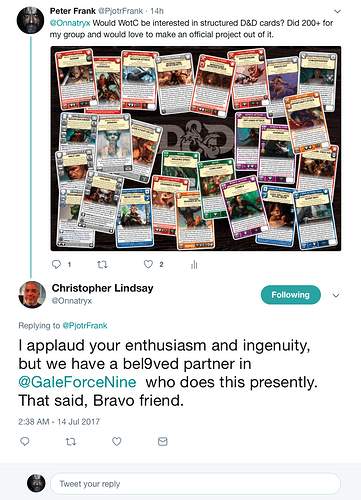 Ask gale force 9 then? why wouldnt they be interested?

That’s an incredibly encouraging answer. If you need funds to work this project, how about a small kickstarter? Compete with GaleForce9. They are expensive and bland. Yours are better.

The problem is about the illustrations. Right now I “borrowed” the artwoks from the internet (personal use only). If I want to make a business out of the project, i would have to buy art and/or do the illustrations myself. That’s why I contacted WotC in the first place - they already have a huge stock of nice pics from MtG and whatnot. Also I don’t know much about crowdfunding. Is that still a thing worth pursuing? There are so many cf-projects out there, and all the guys I know, who did it, failed. Guess I have to figure out a possibility, to make this little card-producing obsession of mine work. Thanks for the advice, btw.