So, time for our weekly roll call! This week being the last Thursday of the month, I’ll be DMing the continuation of the D&D 5 game: Lost Mine of Phandelver.

Is somebody DMing anything else? 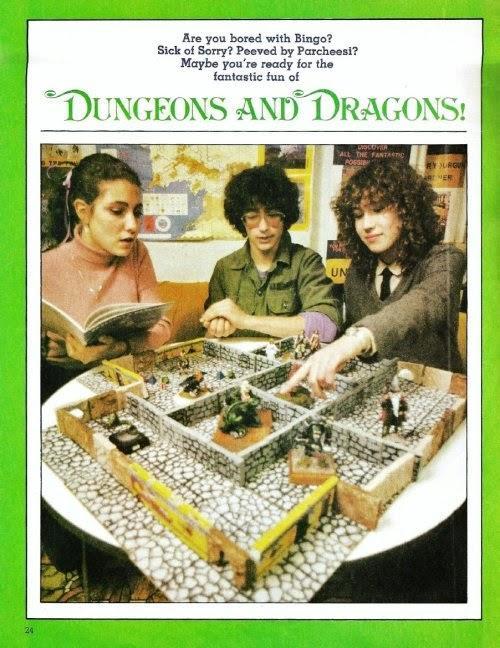 I will be there too

I will likely be there, is anyone else coming who’s not involved in the D&D campaign?

I’ll most likely be there. If so, I can probably run something. Maybe even that newfangled game in that ad Simon posted …

Will it be required to have the 80s hair?

Will it be required to have the 80s hair?

I’ll be there gentlemen and ladies. This evening will be rad. I promise to bring my best mullet.

I’ll be there too for non-D&D campaign things.

May have something I could run if necessary.

Jheri Curl it is then…

I’ll be definetly there and am stoked for the contiuation of our barbarian & cleric party. XD
And maybe we’ll find a bear this time.

I’ll be there as well (how could I resist to play as a dwarven cleric?)

I’ll be there​ too. Up for whatever.

I won’t make it

but I have holidays for the next two weeks. The first I’ll be away but the second I’ll be there!

I’ll be there! Can play or run something as you wish.

If one was to join now, how would that go about? Or could a new char just join?
I am afraid I will only make it occasionally and I REALLY don’t want to become a liability for the group by not being there…
Also: Did you consider making this campaign an adventure league one?

I would preferably leave it the way it is. Esecially 'couse it involves more freedom that way.

I’ll drop by as well

Just come by and sit at the table. Ideally bring a pencil; dice; a sheet for your favourite character… If you are lacking any of these, I can provide

Meh, now worries about that, that’s my job as a DM to adapt the game to the number of players…

Also: Did you consider making this campaign an adventure league one?

I did… But it is a bit restrictive in term of character options and DMing, like I can’t give custom loot or build custom encounters… And there is little to show to pay for these restrictions… Like, you don’t access to any free stuff… The main advantage is that you can easily bring your character to other AL campaign… which as far as I know are not available anywhere in Austria… so…