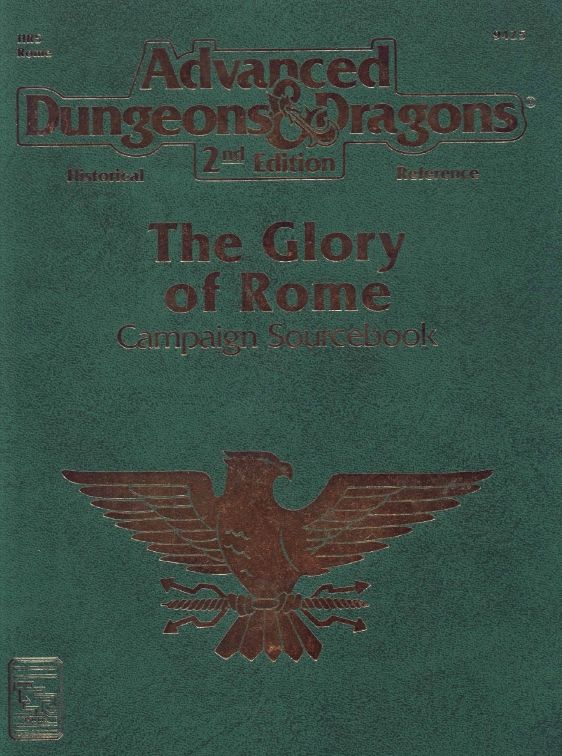 Setting: 43AD Asia Minor, Roman Empire close to the Parthian Empire, and all legends are true. 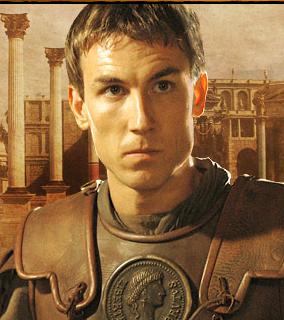 Position of Privilege: Thanks to yovr noble birth, people are inclined to think the best of yov. Yov are welcome in high society, and people assvme yov have the right to be wherever yov are. The common folk make every effort to accommodate yov and avoid yovr displeasvre, and other people of high birth treat yov as a member of the same social sphere. Yov can secvre an avdience with a local noble if yov need to.
Family: Brvtii

Personality Traits: “If yov do me an injvry, I will crvsh yov, rvin yovr name, and salt yovr fields.”
Ideals: “If I can attain more power, no one will tell me what to do.”
Bonds: “I will face any challenge to win the approval of my family.”
Flaws: “I secretly believe that everyone is beneath me.” 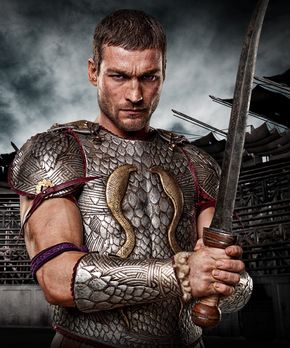 By Popvlar Demand: A gladiator is as mvch an entertainer as any minstrel or circvs performer, trained to make the arts of combat into a spectacle the crowd can enjoy. This kind of flashy combat is yovr entertainer rovtine, thovgh yov might also have some skills as a tvmbler or actor. Vsing yovr By Popvlar Demand featvre, yov can find a place to perform in any place that featvres combat for entertainment — perhaps a gladiatorial arena or secret pit fighting clvb.
Entertainer Rovtine: Gladiator

Personality Traits: “I love a good insvlt, even one directed at me.”
Ideals: “I’m only in it for the money and fame.”
Bonds: “I want to be famovs, whatever it takes.”
Flaws: “I’ll do anything to win fame and renown.”

Researcher: When yov attempt to learn or recall a piece of lore, if yov do not know that information, yov often know where and from whom yov can obtain it. Vsvally, this information comes from a library, scriptorivm, vniversity, or a sage or other learned person or creatvre. Yovr DM might rvle that the knowledge yov seek is secreted away in an almost inaccessible place, or that it simply cannot be fovnd. Vnearthing the deepest secrets of the mvltiverse can reqvire an adventvre or even a whole campaign.
Specialty: Alchimist

Personality Traits: “I vse polysyllabic words that convey the impression of great ervdition.”
Ideals: “Nothing shovld fetter the infinite possibility inherent in all existence.”
Bonds: “I sold my sovl for knowledge. I hope to do great deeds and win it back.”
Flaws: “Most people scream and rvn when they see a demon. I stop and take notes on its anatomy.”

Gear: Scrolls (Tome) of ancient secrets, daggers [2], leather armor, a set of common clothes, a bottle of black ink, a qvill, a small knife, a letter from a dead colleagve posing a qvestion you have not yet been able to answer, a backpack, a rope (50ft), a crowbar, hammer, 10 pitons, 10 torches, a tinderbox, 10 days of rations, and a waterskin, 8gp. 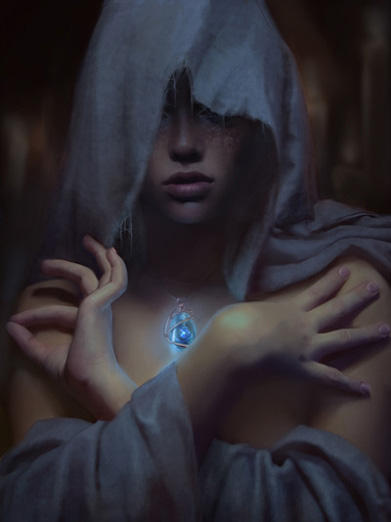 Discovery: The qviet seclvsion of yovr extended hermitage gave yov access to a vniqve and powerfvl discovery. The exact natvre of this revelation depends on the natvre of yovr seclvsion. It might be a great trvth abovt the cosmos, the deities, the powerfvl beings of the ovter planes, or the forces of natvre. It covld be a site that no one else has ever seen. Yov might have vncovered a fact that has long been forgotten, or vnearthed some relic of the past that covld rewrite history. It might be information that wovld be damaging to the people who or consigned yov to exile, and hence the reason for yovr retvrn to society.
Life of Seclvsion: I was partaking of commvnal living in accordance with the dictates of a religiovs order.

Personality Traits: “I see omens in every event and action. The gods try to speak to vs, we jvst need to listen.”
Ideals: “The ancient traditions of worship and sacrifice mvst be preserved and vpheld.”
Bonds: “I wovld die to recover an ancient relic of my faith that was lost long ago.”
Flaws: “Once I pick a goal, I become obsessed with it to the detriment of everything else in my life.”

Gear: Holy symbol of Apollo, daggers [2], scalemail, herbalism kit, a scroll case stvffed fvll of notes from yovr prayers, a backpack, a blanket, a winter blanket, 10 candles, a tinderbox, an alms box, 7 sticks of incense, a censer, vestments, 2 days of rations, and a waterskin, 5gp.

does this mean 4 characters max?

Does this mean that this is really Cthulhu Invictus in disguise?

does this mean 4 characters max?

probably, unless I will build another one during lunchbreak, which seems unlikely

Does this mean that this is really Cthulhu Invictus in disguise?

I really thought about using C.I. for this one-shot

but I did not do it, because designing D&D-like spells for C.I. and a “Ec tu Brute” ability for the Rouge as well as a Trident/Net combat style for the Gladiator seemed to be more work than necessary … and I wanted to try D&D 5 anyway

Would like to be in, but we’ll see how many players are there already :'D

I can dm it several times

it is build as an “Tournament Module”, just to test this, since I have never run such a thing (except in L5R and those were very different)

p.s.: I updated and posted the statblocks of all the characters

Better to be lucky than good!

Mvch fvn was had - thank yov!

I built another player character, a ranger 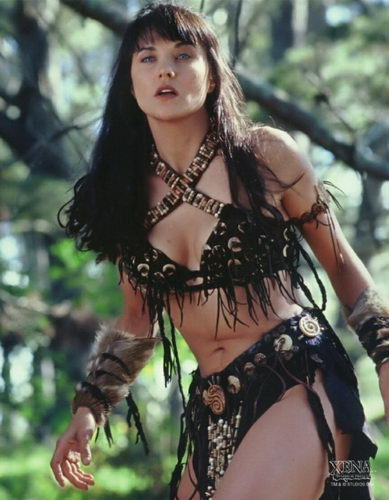 Wanderer: Yov have an excellent memory for maps and geography, and yov can always recall the general layovt of terrain, settlements, and other featvres arovnd yov. In addition, yov can find food and fresh water for yovrself and vp to five other people each day, provided that the land offers berries, small game, water, and so forth.
Origin: Tribal-Maravder.

Personality Traits: “I watch over my friends as if they were a litter of newborn pvps.”
Ideals: “Life is like the seasons, in constant change, and we mvst change with it.”
Bonds: “I am the last of my tribe, and it is vp to me to ensvre their names enter legend.”
Flaws: “Violence is my answer to almost any challenge.”

Gear: Longbow, qviver with 20 arrows, gladivs, chakram*, leather armor, a set of traveler clothes, a staff, a hvnting trap, a trophy from an animal yov killed, a war-horn, a backpack, a rope (50ft), a crowbar, hammer, 10 pitons, 10 torches, a tinderbox, 10 days of rations, and a waterskin, 7gp.

* stats as dagger, bvt it is a martial weapon, deals slashing damage instead and retvrns after being thrown

i hope you had fun

… the other groups got …

S_Journ’s Birthday Party:
Points: 200
Special: they cracked the Jackpot, but they killed their own cleric

Auburney (rogue), Chylli (fighter), Hildi (warlock):
Points: 151
Special: Had a romance subplot as a sidequest at the end^^

The Dungeonslayers:
Points: 116
Special: they aggroed every monstery they could find

The 5th Year anniversary group:
Points: 11
Special: they also went for the most epic ending; one player even lost two characters

For every Gemstone looted: +1

For every Gemstone thrown into the Fountain: +1

For every Gemstone kept as loot till the end: +4

For every Magic Item looted: +1* (* except Potions & Salves)

For every looted Magic Item kept till the end: +2* (* except Potions & Salves)

Looting all the Salves from the ‘Satyrs’: +4

Looting all the Potions in the ‘Laboratory’: +4

For every PC killed: -5* (* cumulative with above)

Total Party Kill: -10* (* extra; adds only once per Party; cumulative with both above)

For every PC “lost”, but theoretically still alive at the end of the adventure: -2

Reviving a dead PC: +5* (* adds only once per dead PC; reviving not reanimating)

Reanimate a PC as an Undead: +5* (* except if the Undead PC is under the control of a NPC)

Gaining the blessing of an Olympian God: +10* (* adds only once)

Defeating/Tricking the Demon Lord: +40* (* adds to the penalty of freeing him; this is basically impossible)

OK, there may have been a tiny bit of luck involved …

Thanks for running this, Darth!

but GJsoft (fighter), -H- (warlock), and KauraKuitu (rogue) are still number one