[color=#BF0000]Synopsis:[/color] In the Outer Rim Territories one alien’s garbage is another’s treasure. But when that junk sparks a wild quest across the galaxy, only a courageous group of Rebel heroes can save the Alliance.
The Imperials have destroyed the Rebel base on Dankayo, reducing the facility to slag. Now that slag has been loaded into a transport for shipment to an Imperial research base. Buried within the wreckage are intact data banks containing the locations of every Rebel contact in this portion of the galaxy. If that information is discovered, thousands upon thousands of people will die! A Rebel strike team has been assembled to intercept the Imperial transport in the Korad system. 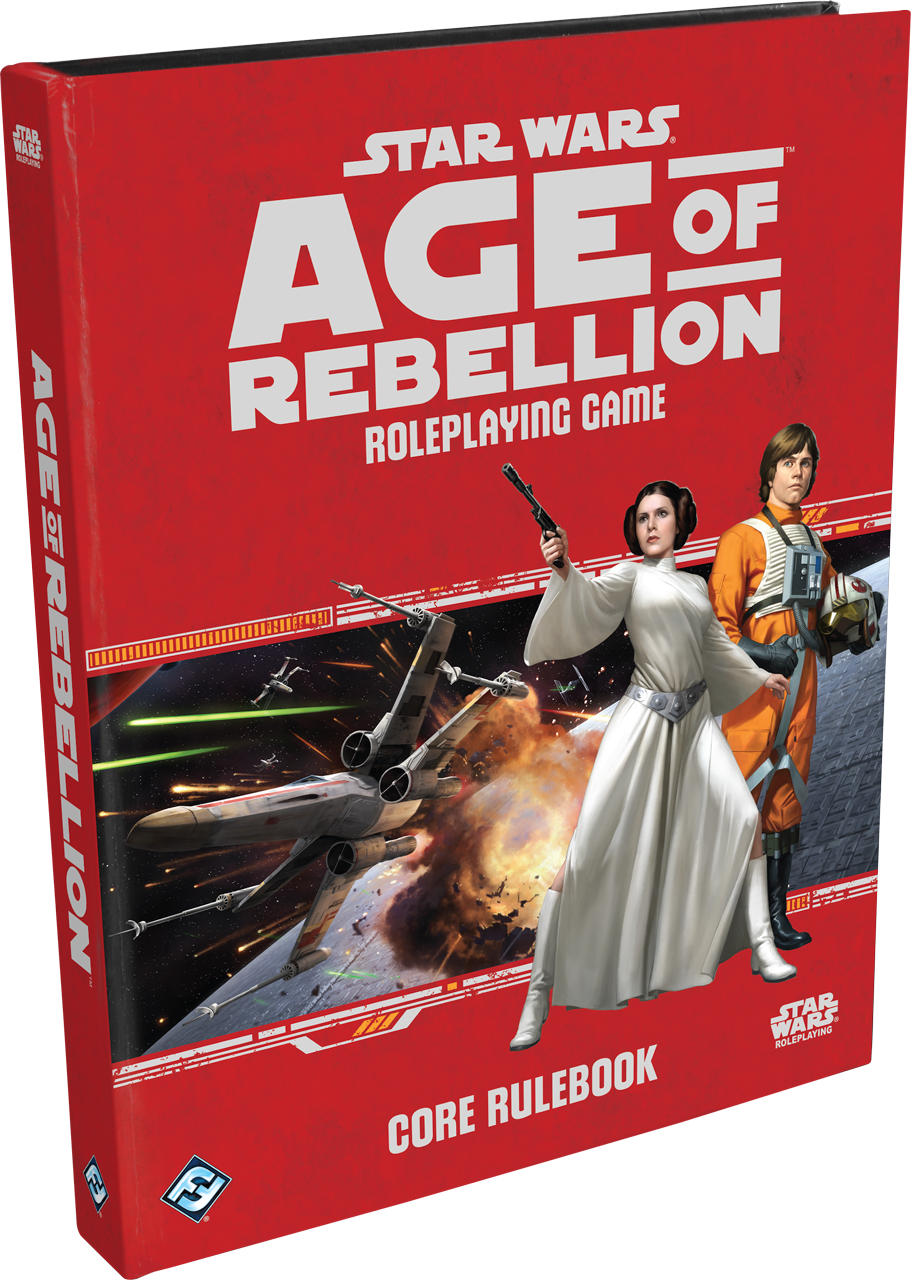 Disclamer: we already played that; this is/was not a campaign, but it was an one-shot for the thursdays indie group, but I could dm it again.

“Your fellow Rodians have always considered you a bit strange (and more than little insane). You didn’t like hunting games as a child. The violent drama of your school years bored you. You felt a strong compulsion to find a peaceful solution to all conflicts.
After sending you to counsilors for years without results, your parents finally threw up their hands in disgust and banned you from their household. Sadly your atempts to make peace with them only made matters worse.
You left Rodia not long after to seek your fortunes elsewhere, willing to do anything to promote peace and happiness. When the Ithorians wouldn’t have you, you decided to join the Rebel Alliance. True, they tend to be a bit violent themselves, but the promise that peace will reign, once they have defeated the Empire. You still waiting for that to happen.”

“You thought you’d never get off that hick planet! Ever since you were a kid, you’ve read about starships and generals and heroic battles. Ever since you can remember, you’ve wanted to be a fighter pilot. Your parents wanted you to be a farmer (or a lawyer, or a doctor, or a miner — who cares which?). But the Imperial Naval Academy has been your goal since the first time you heard of it!
Well, with this war on, it doesn’t look like you’ll ever get to the Academy — nor do you want to. When the Empire occupied your planet, everything fell to pieces. Friends and neighbors are dead. But you’ve got your chance to be a pilot! Sometimes things look pretty grim for the Rebellion — but you’ve got a hunch that your story is just beginning!”

Talents
[ul]
[li] High-G Training: When a vehicle you are piloting suffers System Strain, you may suffer 1 Strain to reduce the System Strain loss by -1.[/li]
[li] Shortcut: Add [color=#0080FF]■[/color] on any test you make to catch or escape an opponent.[/li][/ul]

“You were headed to the university when an Imperial press gang dragooned you right into the mighty Imperial Army. You developed a strong dislike for the formal, regemented lifestyle of the military, prefering the “free-wheeling” appoach of life. The fact that your commaning officers often tried to purge your individualist tendencies from you didn’t help; scrubbing latrines aren’t your idea of a good time.
Your instructors did teach you a good deal about demolitions and weaponry, which came in handy, when you decided to desert your unit and to join the Rebels. It was a while before the Alliance accepted you, but eventually you impressed them by your sincerity by sabotaging an entire row of TIE Fighters parked on a space port landing apron.
Now you specialise in infiltrating Imperial facilities (of all sorts), and either directly sabotaging them or recruiting others to do so for you.”

“You were a doctor from the moon Nar Shaddar. As a philanthropist and accomplished surgeon specializing in cybernetics, you wanted to use your skills to take medical care to the backwater planets of the galaxy.
While being ferried between planets, a freighter you had booked passage on was intercepted by an Interdictor cruiser. You were taken to Villis Andal, an Imperial Moff who ruled the Elrood sector. Villis Andal saw that your talents and surgical suite would serve him well, and forced you to work for him as an interrogator and torturer. You did your best to act humanely in this role, using coercion to gain your subject’s secrets without resorting to violence. Despite this, you still used more forceful methods on occasion.
Years later, you were freed from your servitude to Villis Andal by a Rebel Commando. You signed onto the crew of the Rebels as a medical officer, hoping to atone for your actions while in the Imperial Moff’s service.”

Elrood Sector is a backwater corner of the Metharian Nebula Territories region of the Empire. The sector is fairly isolated and even today, millenia after the area’s initial colonization, large tracks of the sector remain unexplored.

[color=#BF0000]History:[/color] Elrood Sector was settled long ago, with its economic development fueled by mining ventures. However, the “boom days” are long gone. In recent years, the sector has fallen on hard times, with most planets trading only with other worlds on the sector. This area is held by the Empire and the sector’s citizens are extremly fearful of Imperial reprisals and crackdowns.

[color=#BF0000]Randell Mining Corporation (RMC):[/color] Radell is the econimic powerhouse of the Elrood Sector. Founded during Elrood’s most profitable days, RMC is the largest employer in the sector and owns several mining planets. Although the company is a marginal player compared to the galaxy’s major mining conglomerates, RMC has tremendous influence in this area of space.

[color=#BF0000]The Empire:[/color] While Elrood Sector can be said to be free of the Empire’s harshest policies, the specter of Imperial domination is at the back of every citizen’s mind. Under the control of Moff Villis Andal, Imperial forces have managed to intimidate most of the sector into submission. Moff Andal has shown no hesitation in using brutal tactics to supress dissent and rebellion.

[color=#BF0000]The Drift:[/color] The Drift is a huge stellar gas cloud that presents a major hazard to hyperspace navigation. No routes are known through The Drift.

[color=#BF0000]Imperial Interdicted Space:[/color] When Derilyn was placed under martial law, the space around the system was also restricted: It is now known as “Imperial Inderticted Space”. The area, which runs from the edge of the Torina system to well past Derilyn, is heavily patrolled by Imperial warships. Any civilian vessels wishing to enter the area must first gain a Derlinyn Travel Waiver, from the Imperial Navy.

[color=#BF0000]Almar:[/color] Located close to Imperial Inderdicted Space, Almar is considered a “second class planet” even by Elrood standards. Almar biggest attraction is “Almar Upside” a space station, that has docking and repair facilities, as well as standart establishments, such as shops, bars, and hotels. The station is considered fully independant. Almar, also called “Almar Downside” is a tropical paradise. The main trade is tourism, but because of the world’s isolated location, it is a poor one.

[color=#BF0000]Berea:[/color] Berea is host to a mining colony owned by Imperial Mining Ltd. of Derilyn, which in turn is under the direct control of the Empire. This world is the chief source of ore for the IML.

[color=#BF0000]Bodrin:[/color] Bodrin is a mining world. Bodrin has a fine, marbilized rock called bodrite that is in demand throughout the sector. Bodrite is difficult to quarry, so the planet is not wealthy by any means, but it is self-supporting. The planet is controlled by the Elrood Quarry Corporation.

[color=#BF0000]Coyn:[/color] Coyn is a very busy trading planet as it is the world that most ships first visited upon entering Elrood Sector. Since Coyn is the beginning of the Coyn Route, it’s spaceports, both orbiting and planetary, are popular stopoffs for fueling and supplies prior to leaving the sector. The planet is home to the Coynites alien species, known as mercenaries and weapon manufactures.

[color=#BF0000]Dega:[/color] An old mining world, tapped out by Radell Mining, Dega is a world devoid of life, with a poisoned atmosphere and a polluted ecosystem.

[color=#BF0000]Derilyn:[/color] Derylin was once one of the major trading worlds of Elrood sector, but it’s currently under Imperial martial law. Travel to and from the planet is restricted. Opposition to the Empire is not tolerated by the planet’s Imperial military governor.

[color=#BF0000]Elrood:[/color] The capital world of the sector, Eldrood is predominatly a trading and manufacturing center. Elrood also has the headquarters for the Randell Mining Corporation and enjoys the highest standard of living in the sector.

[color=#BF0000]Halbara:[/color] Halbara is a tropical mining world with great mountain ranges owned by the Randell Mining Corporation. This world is the chief source of ore for the RMC.

[color=#BF0000]Korad:[/color] Much of the surface of Korad is littered with starship and vehicle wrecks; the planet is essential a salvage yard. Several bands of scarvengers and refugees live among the abandoned starship hulks.

[color=#BF0000]Kidron:[/color] Kidron was a hot, jungle-covered planet close to its sun with a thin atmosphere and light gravity. Kidros’ light made the skies of Kidron glow a bright orange, and the world was blessed with spectacular sunsets and sunrises. While habitable, Kidron is far from comfortable or hospitable. The planet is home to the Orfite alien species.

[color=#BF0000]Lanthrym:[/color] Lanthrym is an ice planet with a lot of geothermal activity. Most of its buildings are underground. Lanthrym is the only planet in the sector were Gamorrians are in the majority. Lanthrym has a very weak economy.

[color=#BF0000]Merisee:[/color] Known as the “Breadbasked of Elrood Sector”, Merisee is an agriculture world. The planet is home to an alien species with two distinct sub-species: the Meris and the Teltiors.

[color=#BF0000]Osirrag:[/color] Osirrag is a planet with a pleasant climate. It hosts a number colonies, mostly engaged in subsistence agriculture.

[color=#BF0000]Torina:[/color] Torina is a favorite vacation world in the sector. With a pleasant climate, well-preserved natural habitats, clean cities, good starport facilities, and an abundance of hotels and casinos, Torina has much to offer. The planet is home to the Near-Human Torine species.

[color=#BF0000]Tifnyl:[/color] The Tifnyl System has no habitable planets. There is a big gasgiant and several asteroids. The system is owned by Imperial Mining Ltd. of Derilyn, which in turn is under the direct control of the Empire.